Read the Minutes from Annual General Meeting on May 10 – held electronically with ZOOM – click here.

European Ballooning Federation is proud to participate in EASA’s European General Aviation Season Opener: Ballooning session will be on March 21st at 7:00 pm CET. JOIN US!

Programme and link to ZOOM

Like all Europeans, EBF members express strongly their solidarity with Ukrainian people, and especially with our Ukrainian balloonists friends.

If there is a way we can help, for instance in welcoming Ukrainian balloonists families in one of EBF countries, or sending helpful stuff, please let us know.

We also have many Russian balloonists friends, and we know they are not responsible for what happens. We do hope the situation will be resolved soon, in respect of both Ukrainian and Russian people.

Times flies: nearly 6 years have passed since the creation of EBF, on April 14th 2014 in Paris.

EBF will enter its 7th year in 2020 and has been working with EASA on all matters regarding ballooning regulations for more than 5 years and is actively participating in working groups on several topics regarding general aviation.

This means that a small group of people participate not only in Rule Making Tasks, but also in focus groups that conceive the future of aviation safety. Ballooning may be small in number of pilots, but our implication is certainly as strong as other disciplines.

This is what we have done since we started to work with EASA in 2015:

Operations, Part BOP: finished, and already in force since April 2019. Only a few details in AMC/GM need to be synchronized with other parts.

Training: The “DTO” (Declared Training Organization”) in a few months (April 2020) training will only be possible inside DTOs (or ATOs). This will structure and harmonize training throughout Europe, allow all European pilots to benefit from the same quality of training and therefore to be able to work in other European countries, as training, for commercial pilots, is linked with operations and licences

Licences: BFCL. The task force, created by EBF and EASA in 2016, chaired by Paul Spellward from UK, has achieved its mission, as the new licences come to a reality in 2020. The AMC and GM are also ready, so all European pilots will have the same licence.

In parallel with the BFCL work, the medical requirement for the BPL except when conducting commercial passenger ballooning has been reduced to the LAPL medical, which is a major success driven by EBF.

Maintenance rules are being refresher and made somewhat lighter with the arrival also in 2020 of Part M Light. This rulemaking task started in 2013, with EBF taking the lead for ballooning in 2014.

You will be very surprised to know that all this has been achieved by a very small number of people:

Thank you All For your dedication, competence, and friendship!

Our thanks also go to the EASA team, especially to Patrick Ky and Dominique Roland who took us seriously from the beginning and made all this possible, and to all other participants in the working groups. In particular on the BFCL work, Daan Doussi and Christian Kucher have worked closely and warmly with the ballooning experts.

Last but not least, I would like to also congratulate our Spanish representative, Neus Llado, who recently gave birth to twins! The future of ballooning is on its way!

So, on behalf of all members, and the executive Committee, I wish to all balloonists a very successful and very safe 2020. 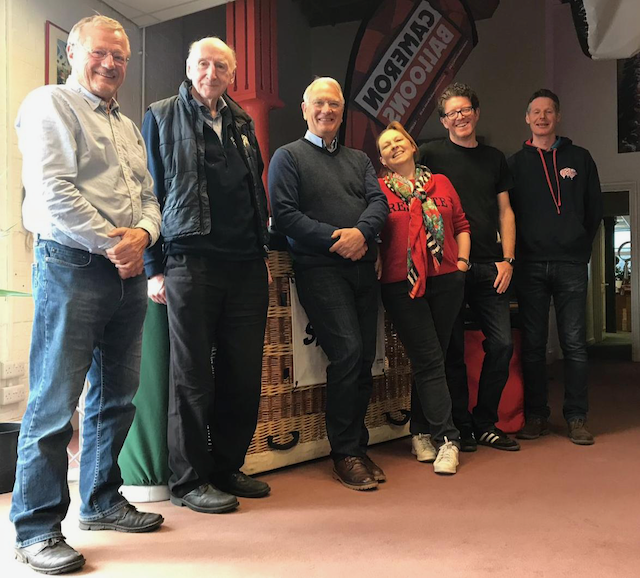 EBf General Assembly took part on April 24th-25thin Bristol, UK, only a few days after the implementation of Part BOP in all EASA countries. Part BOP is now applicable to all balloonists!

The big issue is that you must have adhered to these rules since  April 8th 2019. If you are a commercial operator you must read Part BOP ADD. You must have an Operations Manual and a Management Manual possibly combined.

Most of what Part BOP explains is probably already in place. In some EU countries this is compulsary and other have made handbooks that are not very different form Part BOP.

We recommend that every pilot and every operator reads the text of the two sections and make sure they have their paperwork in order.

If you have any questions please contact the European Ballooning Federation (kaa@ballooning-federation.eu )

The link to the full version of part BOP can be found in: (pls start at page 18!) https://www.easa.europa.eu/sites/default/files/dfu/Balloon%20Rule%20Book.pdf

Find the minutes of EBF General – together with the 2018 finance report – here.

Read the minutes of the meeting here: http://www.ballooning-federation.eu/sample-page/agm-2018-may-15/

EASA have published all of our good work regarding Part BOP. The framework of the Balloon Rulebook is also ready for the next publications – click on the image 😀

Part BAC Balloon Aircrew (Former FCL) is now entering the final discussion phase with EASA and we will have our last comments ready by the end of this month.