EBF wishes the best for 2021 to all balloonists in Europe and worldwide. The coming year will hopefully be a happier one than 2020. Well, it will if we manage to work together. Please take care of yourselves, of your beloved, and also of our planet. 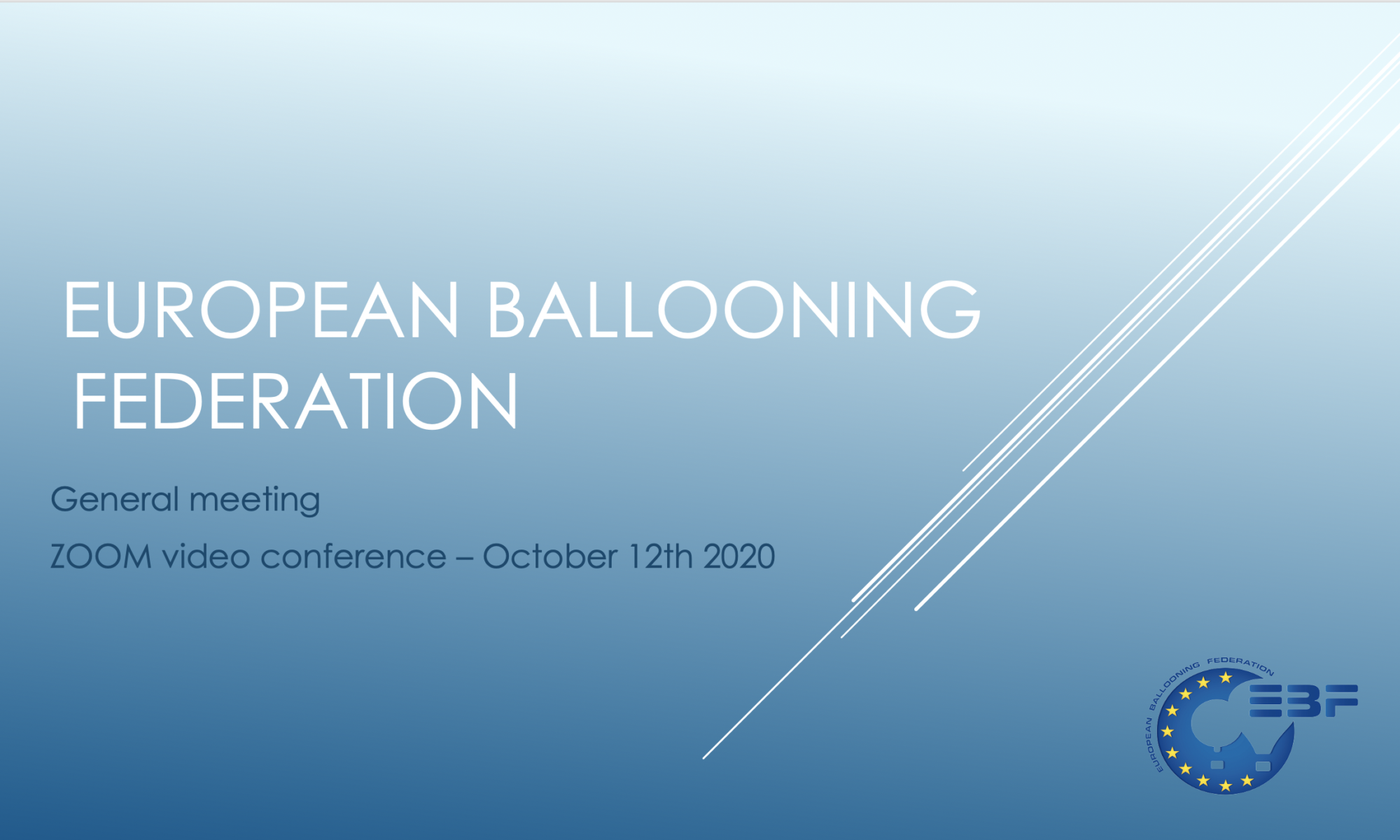 The first thing to say is that virtually every nation has developed its own overall public response, so different limitations exist as do different policies for ‘exit’ timing. Even within single countries (such as Germany) several variations and enforcement levels exist.

Clearly the most limiting element in all this is ‘social distancing’, which varies from 2 (UK)-10 (Denmark) people in a group, and at distances ranging from 1.5-2.0m.

In addition certification limits (Maintenance Manual Programme) mean that there can be no deferral of annual inspection by more than one month for any EASA-certified manufacturer, even though other elements such as ARCs and pilot medicals are being extended in most countries. This may mean a queue for inspections once opening-up is announced, and only then if distancing is not enforced. Imagine inspecting a Group D balloon with limited help?

Remember that big balloons using the rapid deflation methods installed by most, if not all, manufacturers, have a calculated Minimum Landing Mass (a Flight Manual Limitation). This means you cannot just say “let’s take 8 passengers instead of 16”.

Then the distancing issues, starting before the flight:

All this assumes that VFR flight is permitted by the NAA and that limitations on location (most aircraft, but not balloons, take off and land in a known and controlled environment) are relaxed. Even private flights are likely to be affected by many of these considerations.

Some questions can be answered by innovation, but care should be taken not to solve one problem and inadvertently create another.